Baroness Sherlock (Lab): When this Government brought in the Pensions Act 2011, they introduced an earnings trigger for auto-enrolment… and every year since then we have seen more and more people excluded.

She produces these figures:

Total: 1,290,000 people excluded from auto-enrolment in four years, the majority of them women.

The Minister chides her for being so negative.

Lord Bourne of Aberystwyth (Con): I appreciate that the noble Baroness, Lady Sherlock, would want to go on a historical journey rather than review the current good news in the present order, but 20,000 more people being brought within auto-enrolment, 70% of whom are women, is of course good news*.

He doesn’t use the term "Rejoice!", but it's left hanging in the air.

• The most regal and extravagant papers you can buy
• Feel like a rich and smoky King Midas
• Includes 12 sheets of decadent 24 carat gold papers
• They see me rolling, they hate it

Roll up, roll up! If you enjoy a smoke, deal exclusively in golden bullions and have an imposing bejewelled grill instead of actual teeth, then do we we have the plush puffing paraphernalia for you–Shine 24k Gold Rolling Papers.

One box contains twelve extravagant sheets of slow-burning and perfectly edible 24 carat gold leaf paper. It's dead easy to stick and it burns slowly and evenly. Expensive you say? Perhaps these aren't for you. Only the very purest 24k gold can be used in order for the papers to be edible with no other impurities–they're going in between your cherished chops after all.

You. Could. Be. Smoking. Gold. There is no more extravagant act. So if you've got cash to burn and love rolling in money (sort of) then get yourself these princely papers today. [Firebox]

Firebox's copyrighter is particularly proud of having spotted the potential for wordplay involving the word "rolling", deploying it on three occasions on one page.

Importantly, this product "comes with a certificate to authenticate its golden credentials".

I was told this recently at a party. It doesn't matter that all this happened within the past five years; it's still straight out of an Evelyn Waugh novel.

“My friend in the Army had to go and visit some Italian troops in Iraq. Different NATO countries had divided up different areas to watch over, and the Italians had been placed in charge of a stretch of road that coalition troops would need to use frequently. After six months, this road was incident-free; no-one had reported being attacked, and the Italians themselves had not encountered a single problem. The British and Americans were stunned, and went to see for themselves just what it was the Italians had been doing right.

“When they arrived at the highway in question, the Italians were nowhere to be seen. Eventually they were found about half a mile away, guarding an empty road that turned out to be a long drive leading to someone’s house. They’d been there by mistake for the entire six months while the busy highway, frequently used by coalition troops, had been entirely unguarded. It was a total fluke that no-one had been attacked.

“Less amusing, because of the subsequent body count, when French troops handed over to the Americans an area that they’d been tasked with guarding, where they, too, had done an impressive job of keeping the peace, they didn’t tell the incoming force that this was because they’d bee paying off anyone in the region who might have given them trouble. Whether the Americans would have acted differently if they’d known this is moot; it became clear that no more payments were being made, and violence skyrocketed.”

Lord Cameron of Dillington: This long-lasting sore on the face of responsible access to the countryside has got to be firmly gripped, and soon.

It may not be the headline issue in the recent report of Lord Freud’s unguarded comments at a Tory conference fringe meeting, but there’s something gratifying about seeing a verbatim transcript of the noble Lord’s pronouncements, displaying his characteristic crispness and clarity of thought, suddenly being flung into the public domain like a sack of soiled underwear. Compared with some of his more gnomic babblings this is still pretty straightforward, but it gives a sense of the amount of industrial activity required to make him make sense on the pages of Parliament’s Official Report. For those who missed it:

“You make a really good point about the disabled. Now I had not thought through, and we have not got a system for, you know, kind of going below the minimum wage. But we do have… you know, universal credit is really useful for people with the fluctuating conditions who can do some work—go up and down—because they can earn and get… and get, you know, bolstered through universal credit, and they can move that amount up and down.

“Now, there is a small… there is a group, and I know exactly who you mean, where actually as you say they’re not worth the full wage and actually I’m going to go and think about that particular issue, whether there is something we can do nationally, and without distorting the whole thing, which actually if someone wants to work for £2 an hour, and it’s working can we actually…”

Here either the transcript or his actual sentence just tails off, possibly out of sheer ennui. Unfortunately, the part of that passage that's clearest, that requires the least parsing or interpretation, is the part where he readily agrees with the contention that disabled people are worth less, and this is worth building into policy.

The problem for the noble Lord is that this is what his opponents have contended all along that he thinks and says in private. However much he denies that, the fact that he agreed with such alacrity, safe in the knowledge that he could speak freely as he was among Conservative friends, will from now on trail round after him like a swarm of angry bees. “I care passionately about disabled people,” he says in his apology, a statement—in the light of what’s being done to them with the sweeping away of vital benefits and meaningful support—eerily similar to the dependable claim that “I love women” made by irredeemable misogynists.

His manner is very controlled—he speaks quietly, even when he's winging it and not making any sense, and smiles when he is told stories of the hardships his reforms are causing—but his claim last year not to understand why there was a huge increase in people visiting food banks, coming from a man whose entire career was built on analysis, suggested a deadpan sarcasm at work, a knowing wink to the right-wing gallery.

But what makes this inscrutable man tick? What are his inner thoughts? Oh God, there’s only one thing for it, isn’t there?

A clear example of the potential for misunderstanding [in nuclear conflict] comes from Bruce Blair, President of the Center for Defence Information in Washington. Blair was a launch control officer for US Intercontinental Ballistic Missiles. After the Cuban missile crisis, when the US and the USSR came close to nuclear war, the US government introduced a system of physical locks and launch codes that had to be given by the President before any missile could be launched. But as Blair explains: “The locks had been installed but everyone knew the combination. And so the ‘secret unlock code’ during the height of the nuclear crises of the Cold War remained constant at 00000000.” I have always used the same number on the combination lock of my suitcase, because it always seemed too much to bother with. The US Air Force took the same approach to the desire of elected politicians to control the use of nuclear weapons. Thus, for years, US presidents thought things were safer than they really were.

A Labour peer now at the centre of a police investigation into claims that he abused 20 boys was reported to have cultivated an extremely close relationship with a teenager over a two-year period starting in 1975.

A series of letters to the boy on parliamentary notepaper, several signed “love from”, show the then MP arranged to meet him repeatedly, including at a Holiday Inn. Police have raided his office at the House of Lords and his home but have not questioned him because he claims to be suffering from dementia. [The Times]

You read that right. A peer is claiming that his dementia debars him from answering questions regarding allegations of abuse, but leaves him sufficiently competent to legislate in the country's second chamber.

Incidentally, the Times appears to be going out of its way not to suggest that this Labour peer having his office in the Lords raided by police over historic child abuse allegations is in any way connected with this one (Daily Mail link, sorry), so I'm not suggesting it either.

It's amazing that the coalition ever gets anything done when there's the internet to peruse: 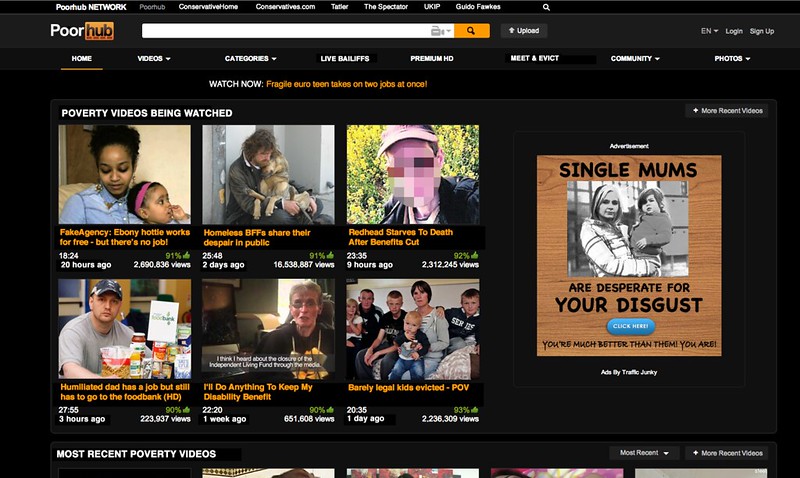 For some, New Labour's muckspreader approach to the word “community” left it limp, ragged and meaningless, a casualty of wanton language abuse. For the old guard, though, it still provides an extremely useful placeholder for any more useful or original thoughts:

Baroness Andrews: In my opinion, it should begin with the nature of the community and the sort of community* infrastructure that sustains the community once it is in place… one is looking at huge opportunities for the planning community to show what it can do. Secondly, it is about delivery and engagement with those very communities that are going to move in, not least with the development community itself, and setting very high standards for the development community in the way that it approaches the making of communities and its engagement with potential communities. [Hansard]

*This one was put out of its misery by Hansard, but she definitely said it.
Collapse